We look back at how James Bond has switched from gadget-filled motorboats to stylish classic sailing yachts.

Over the years, Q has provided 007 with a wide range of gadgets to aid various missions against the underworld. Bond has previously taken to the water with a wide range of gadget-filled vessels, including a motorised Gondola in Moonraker, an Iceberg Submarine in A View to Kill – and who could forget the amphibious Lotus Esprit S1 “Wet Nelly” in The Spy Who Loved Me. However, in recent years, Bond appears to have refined his taste in vessels and has increasingly opted to travel in style and under sail onboard modern classic yachts.

Clearly, we endorse 007’s recent love for life under sail. After all, what’s more classy than wearing a dinner jacket and sipping a Vesper Martini on the teak foredeck of a modern classic yacht? In our latest blog, we celebrate everything Bond and sailing. 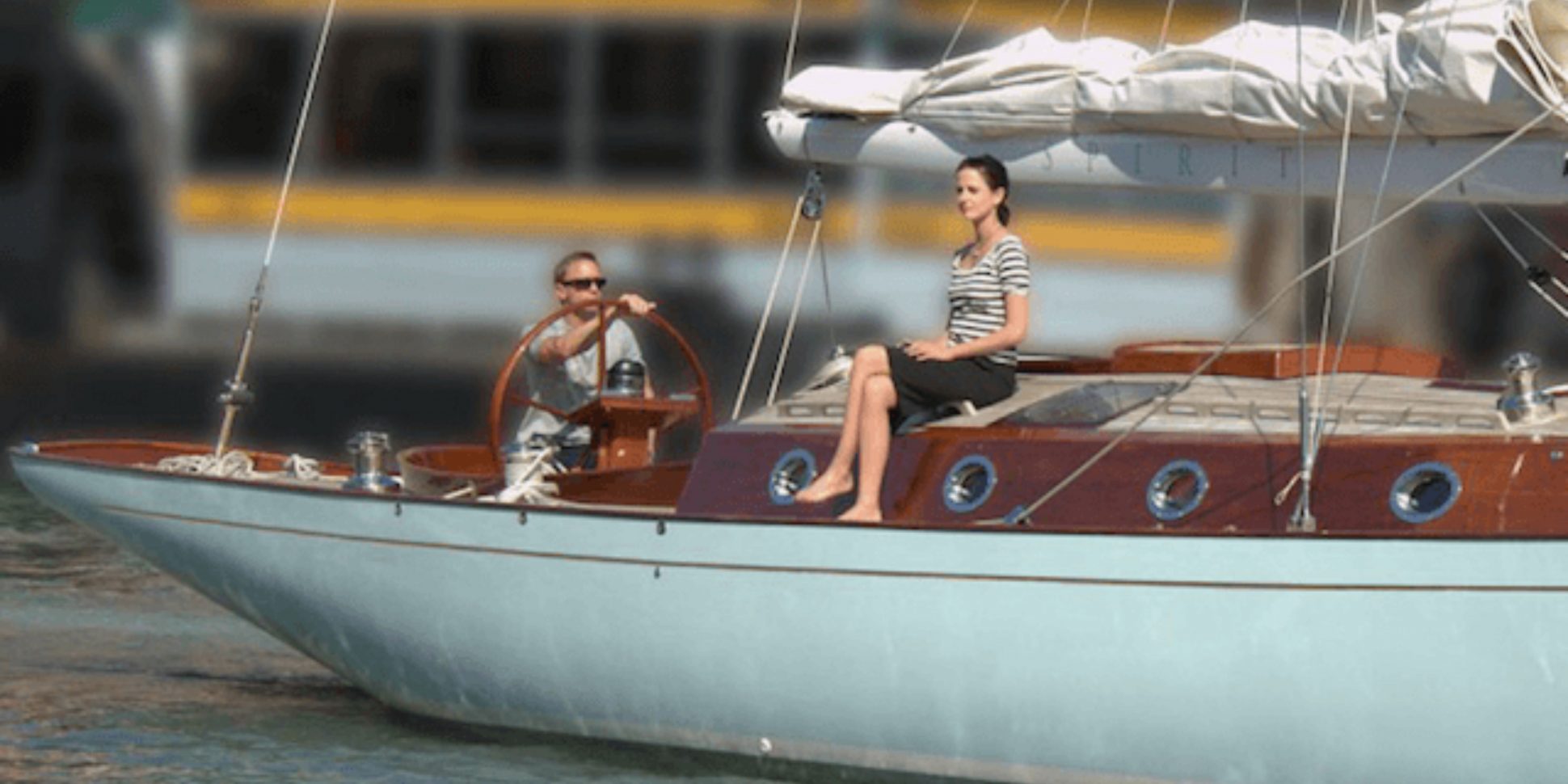 The first time we see Bond under sail is in Casino Royale, when he’s accompanied by Vesper Lynd on a passage from Montenegro to Venice onboard the stunning Spirit 54, S/Y Soufriere. Bond casually helms the modern classic through the canals as Vesper takes in the view. However, filming the iconic shots wasn’t as slick as it looks in the film. The yacht’s mast was unstepped 10 times to fit under multiple bridges, meaning that S/Y Soufriere was the first sailing vessel to go up the Grand Canal in over 300 years! Since its film debut, S/Y Soufriere has gone on the win many trophies on the UK’s classic yacht racing circuit and has recently been put up for sale with Berthon. 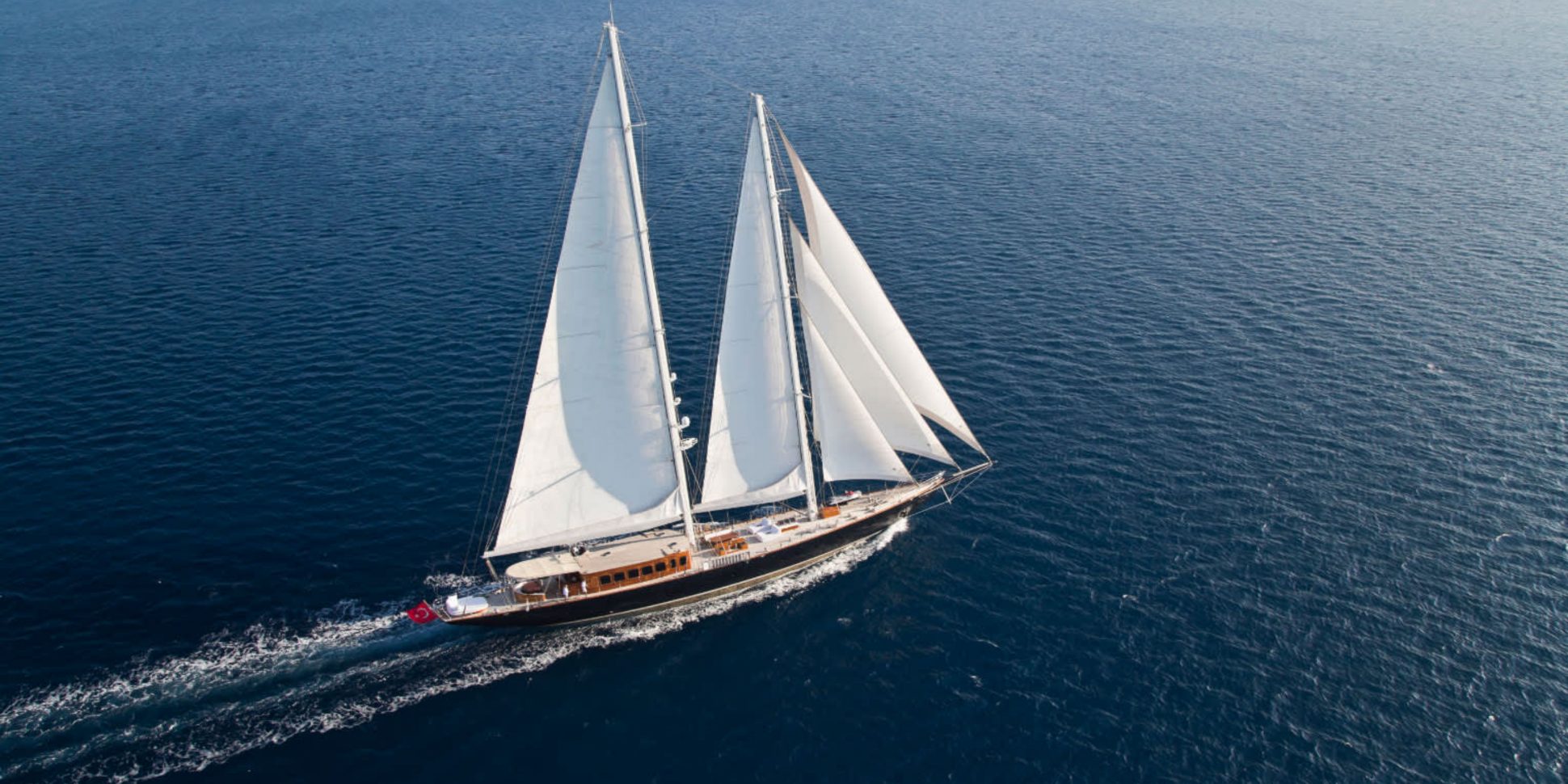 In Skyfall, Bond finds refuge with Sévérine onboard the magnificent S/Y Regine (temporarily renamed “Chimera” for the film). This 56-metre modern classic is a thing of beauty. Due to her vast size, all of the onboard shots were filmed on location, with the exception of the now-famous shower scene. To achieve all of the shots required by Director Sam Mendes, S/Y Regine’s state shower room was painstakingly recreated in Pinewood Studios. After filming, S/Y Regine was sold by her owner and she’s now available for charter in both the Med and Caribbean with 9 crew for up to 12 guests. 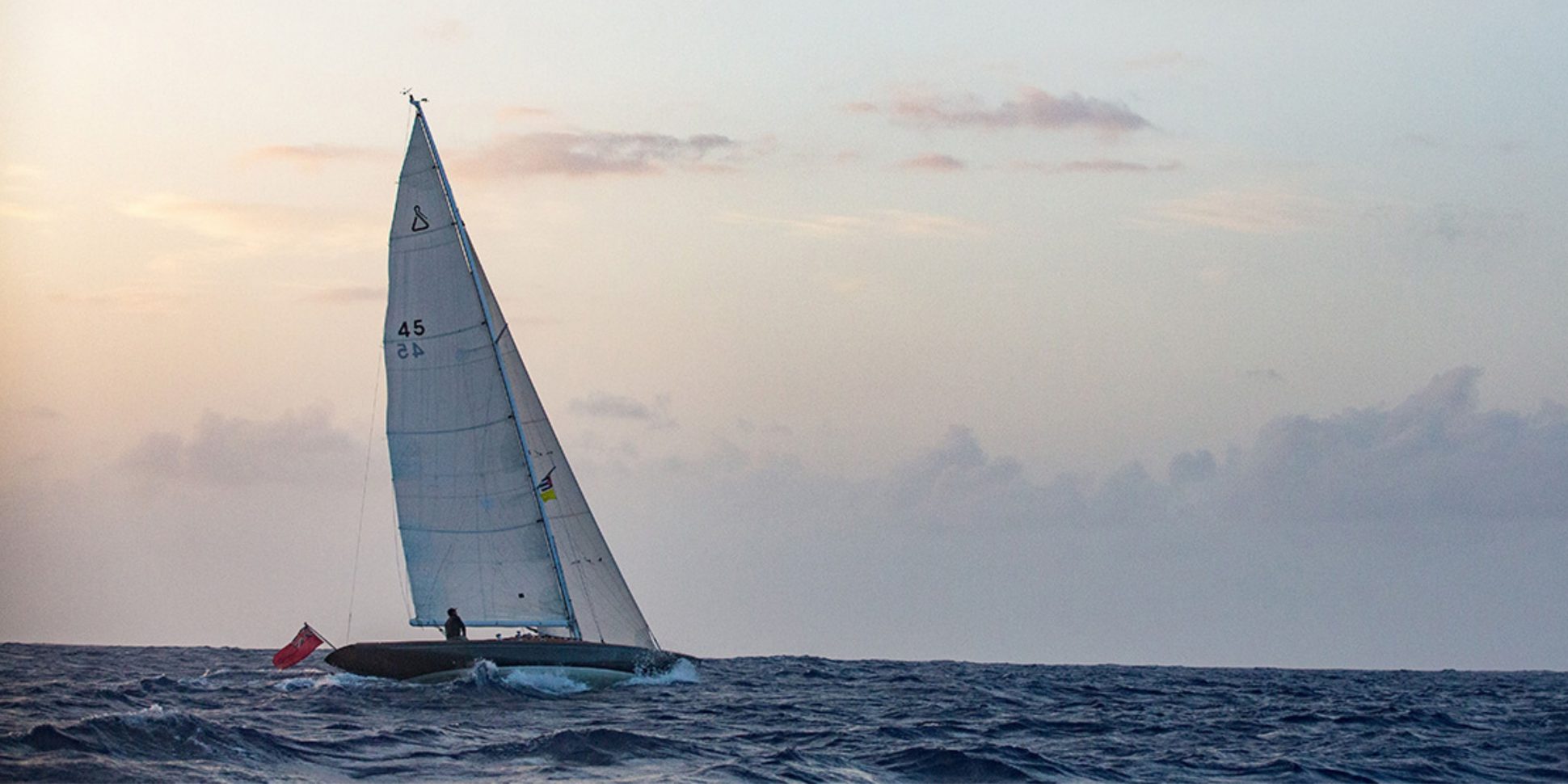 Since the first trailer dropped for the greatly anticipated “No Time To Die”, Bond and sailing fans were quick to pick-up on 007 returning to water on a Spirit yacht. Having left MI6 to enjoy a more relaxed life in Jamaica, Bond has a Spirit 46 moored outside what appears to be author Ian Fleming’s former house on the island. We will have to wait until we’re sat in front of the silver screen to see what Bond gets up to next, we’ve been assured that his love for modern classic yachting will continue.

RORC Myth of Malham Race: from dinghies to yacht racing

Having sailed dinghies for many years, it was time for Alex to dip his toe into the world of yacht racing - and in a big way...

Do you know how much time your spending on your phone..? The best adventures happen in real life, not behind a screen, learn how to detox today

What is Ski & Sail? My first Arctic Skiing Adventure

We are often asked, "what the hell is a Ski & Sail trip?!". Well, we asked one of our recent first-timers to give us a low down of what this unique adventure entails. Enjoy!