One martini, shaken not stirred, with an extra splash of big toe, please…

What do you do when you lose a big toe to frostbite in the middle of an extreme ultra-marathon? Donate it to a bar in Canada to be used as an ingredient in a notorious cocktail – of course! 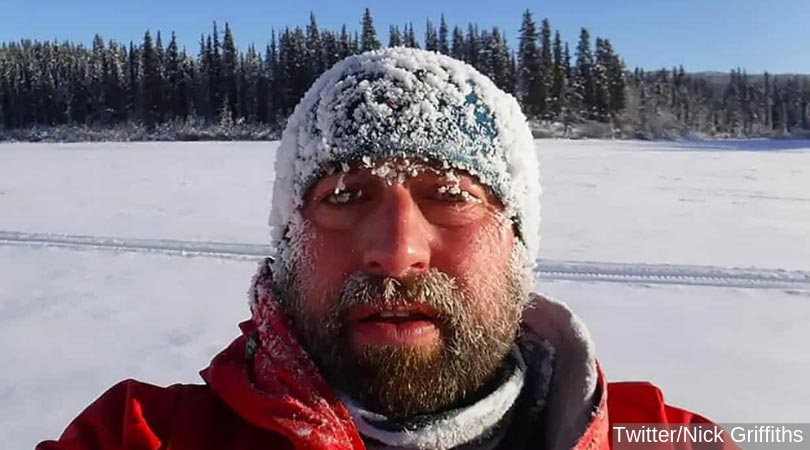 British Adventurer and former Commando, Nick Griffiths (47), had three of his toes amputated after suffering from severe frostbite during the infamous Yukon Arctic Ultra Marathon. During his rehab in Canada, he learned through a nurse of a local cocktail bar that for the past 46 years has been serving a whiskey-based “Sourtoe” cocktail, garnished with a mummified toe.

Following a spate of toe disappearances at the Downtown Hotel in Dawson City, Canada, stocks levels of the unique cocktail ingredient were running low, so Griffiths stepped in and donated one of his own redundant digits to the cause. Griffiths’ amputated toe was stored by the hospital in medical-grade alcohol and then posted to the hotel’s “Toe Master”, Terry Lee, for mummification.

In a statement, Terry explained, “It will take approximately 6 weeks to mummify the Toe on rock salt before we can serve it,”. He added “We have been waiting for a new big toe for a while so this is exciting news indeed! The big toes are the most disgusting and popular with the customers.”

Do you fancy a ‘Sourtoe’?

Lagoon and Bali are going head to head in the charter catamaran market. But which of their mid-sized flybridge catamarans comes out top?

37th America’s Cup: Barcelona to host the 2024 edition of Cup

Barcelona will become the first venue in the world to host both an Olympic Games and an America's Cup event.