The History of S/Y Kahurangi

The story of one of the most beautiful classic yachts racing in the Mediterranean today.

Based on the 12-metre rule, Kahurangi was designed by Arthur C Robb for Lawrence D. Nathan. His first drawing of the boat was 55´ long, but Doug Bremner who was to be her first sailing master saw the plan in London and told Robb he thought the design looked sawn-off. It was an easy fix, with a rubber and pencil, Robb put four feet on the bow and three on the stern. Certainly, the final design and also the finished yacht are very handsome. 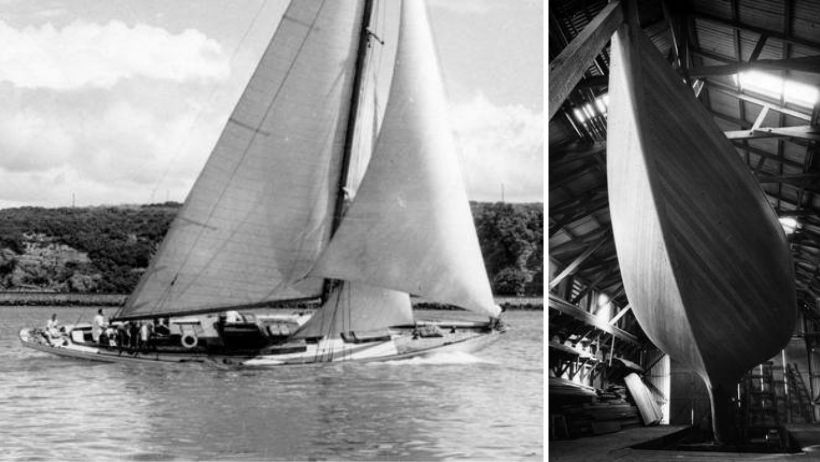 Kahurangi was built in Auckland by eminent boat builder, Percy Vos. She was constructed of New Zealand kauri pine – a tree that grows to tremendous heights and has extremely long grain without any knots in the wood. Ideal for Robb’s design. To ensure a strong build that would stand the test of time, she was built on the traditional platform, stringers and three skin planking systems. After two years of construction, S/Y Kahurangi was launched on November 20 of 1952. 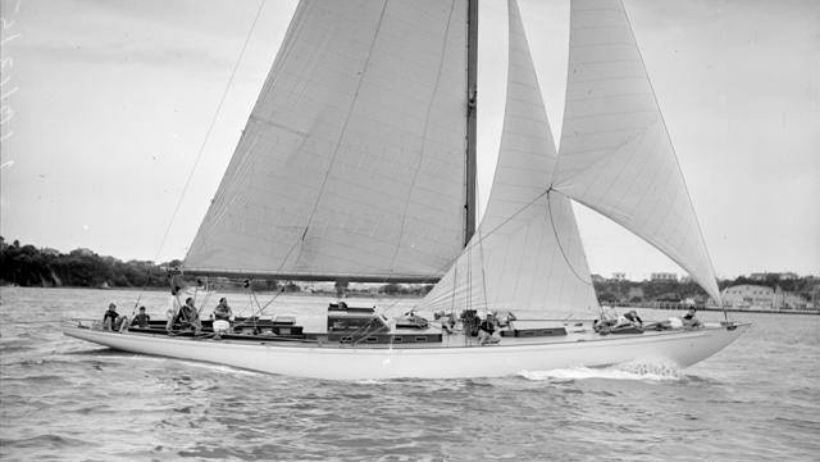 The name “KAHURANGI” means “Precious Possession” in the native Maori and she really was a precious possession to all that sailed on her.

As the flagship for the Royal New Zealand Yacht Squadron. (R.N.Z.Y.S.), Kahurangi won almost every trophy with the Squadron in the first division. A short walk through the trophy room in R.N.Z.Y.S and not only will you see many trophies there with her name on it but also a half model of her hung on the wall and a bronze sculpture at the entrance of the Club.

Many New Zealanders crewed Kahurangi during those years including a young Peter Blake. Nicknamed “The Big K” by locals Auckland her beautiful lines meant she was a much-photographed boat with pictures of her showing up in yearly calendars and on tops of biscuit tins!

In 1967 Kahurangi took part in her first ocean race from Auckland to New Caledonia. This successful ocean debut laid the way for it with the Sydney Hobart race in 1969 with Frenchman Alain Colas onboard for his first-ever ocean race. A decade later, Kahurangi departed from Auckland for the last time, and started her new life on a “round the world” cruise. Now under new ownership, she has been fully restored and is now a regular on the European classic racing circuit.

Want to experience this beautiful yacht for yourself? We have individual berths available for several classic regattas on board Kahurangi.

The compass used by Sir Robin Knox-Johnston has been handed into a museum after being stolen in 1969 from his 32ft Bermudan ketch, Suhaili

How to route across an ocean

How to charter a yacht