In August 2019, professional photographer, Adrian and his son, Max, join us in Svalbard for a circumnavigation of Spitsbergen.

I’m in Longyearbyen, Svalbard with my son Max, we’re joining a 70ft expedition yacht with Kraken Travel for a 1,500km circumnavigation of Spitsbergen, the largest island of the Svalbard archipelago. I’m here to photograph the rugged landscape and abundant wildlife I’ve heard so much about. 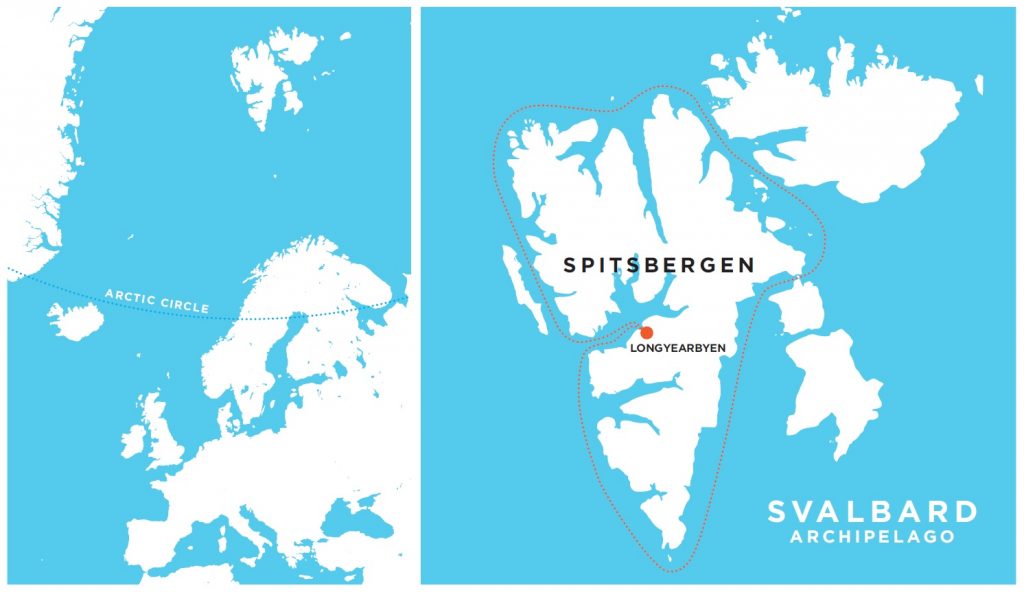 A couple of days into the trip, we stop at a remote walrus colony to take a closer look at these extraordinary beasts, around 30 of them have hauled themselves out on to the beach. Occasionally one rolls too close to its neighbour, there’s a lot of snorting and raising of tusks. But like kids on a long car journey, the squabbles don’t last and they soon settle down again, sinking their tusks into the sand and getting back to more pressing pastimes like scratching, farting and dozing. 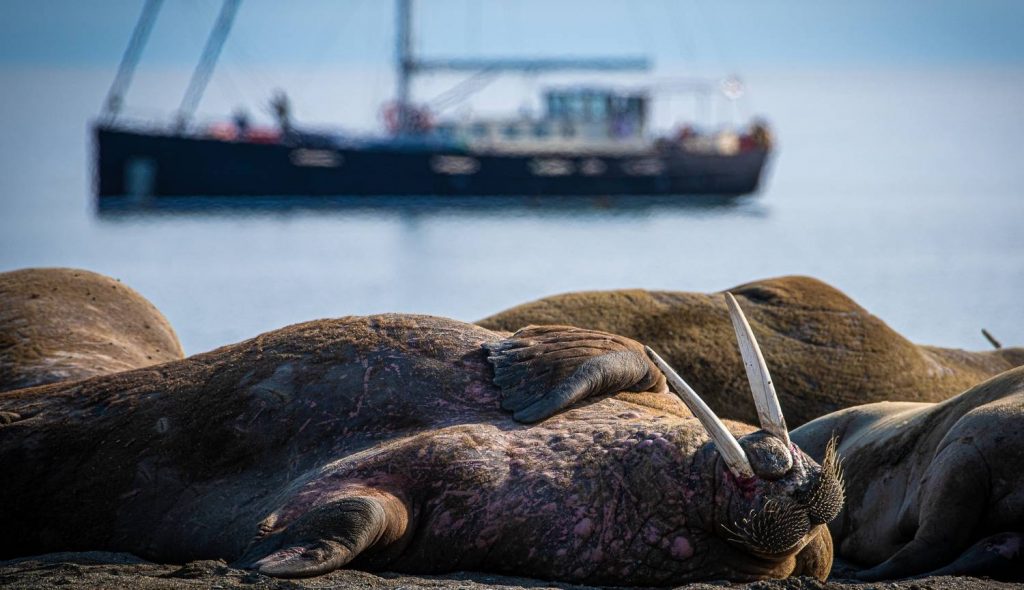 Our route over the north coast takes us above 80° north, less than 700 miles from the North Pole – just over the horizon in the Arctic pack-ice. We drop anchor in a sheltered bay and take a hike ashore to stretch the legs. Like all beaches in Svalbard, there’s lots of driftwood washed up here from Siberian forests. We build a campfire and brew coffee to warm ourselves after a swim. 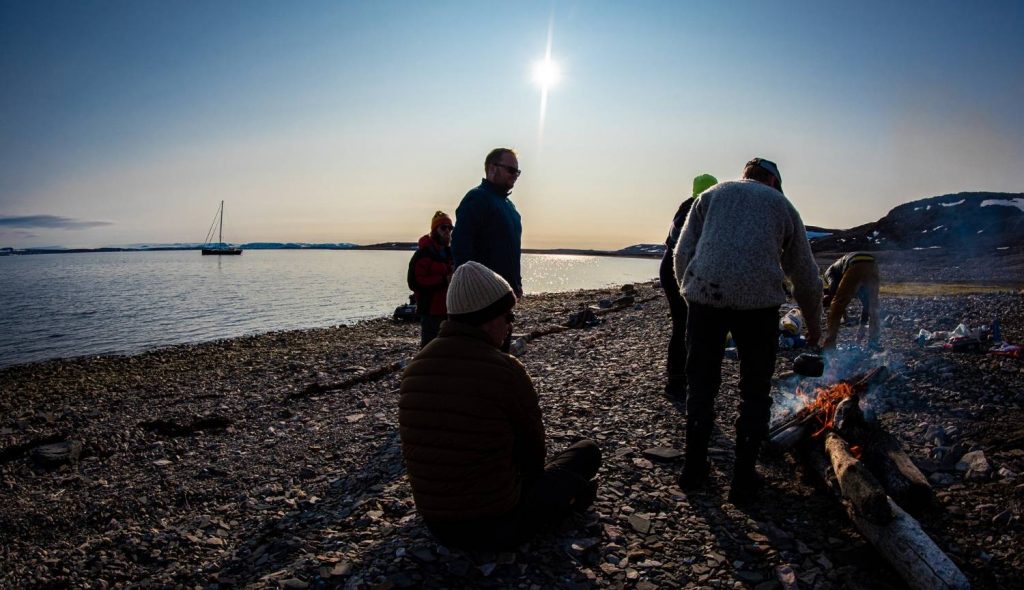 The wildlife here is incredible during the summer. On the cliff above us, there’s a noisy colony of Kittiwakes screeching and squawking. Svalbard Reindeer graze below on a rare patch of greenery that has been fertilised by generations of bird droppings. An Arctic Fox rummages amongst the rocks – but they have company! A mile or so down the coast we spot a Polar Bear heading in our direction – time to douse the fire and return to the safety of the yacht. 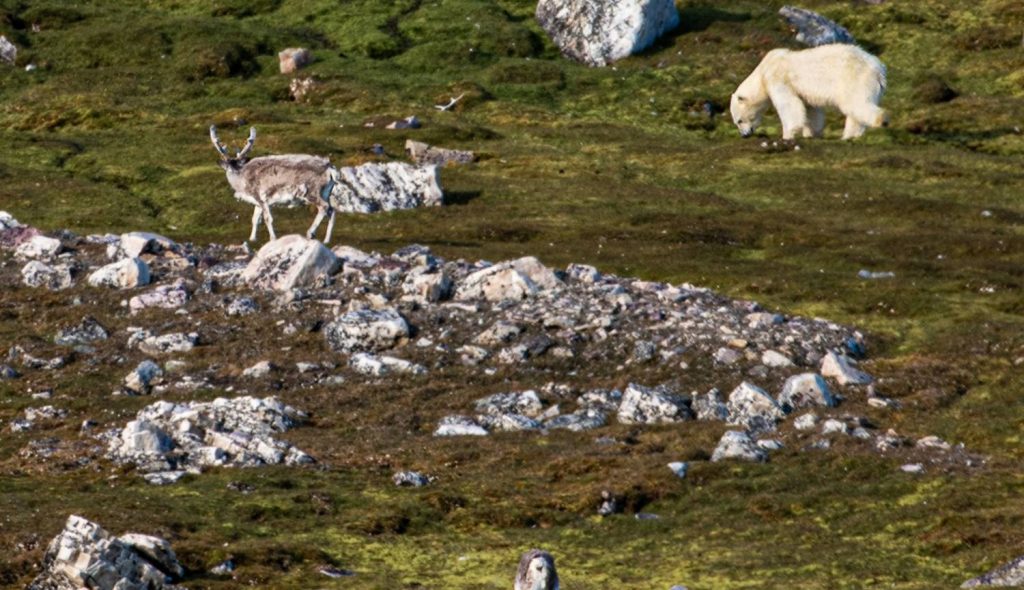 Now, you might be forgiven for thinking it would be impossible to get distracted from watching an apex predator in his natural habitat surrounded by all this other wildlife. But just then between us and the shore, a pod of Beluga Whales swim past on a hunt. Their distinctive white skin breaking the water surface and occasionally poking their alien-like heads out of the water to check us out.

We move on south through the Hinlopen Strait which separates Spitsbergen from the archipelago’s second-biggest island, Nordaustlandet. The sea-ice gets thicker, so far this year, no boat has managed to get through the ice to circumnavigate Spitsbergen – it’s now August.

From our eye-line just a few feet above sea level, it’s impossible to spot leads through the ice, so the skipper goes to the top of the mast with a walkie-talkie where he’ll have a better view.

I’m on the helm for the first hour as the instructions crackle through the radio: “Hard to port now!”. “Straight for 200m, then 20˚ to starboard”! Our progress is painfully slow, what looks like open channels quickly close up again as the ice drifts. Hour after hour we meander through the ice before it finally loosens its grip. We’ve made it and a few days later, we complete our circumnavigation and be the first boat to do so in 2019. What an adventure! 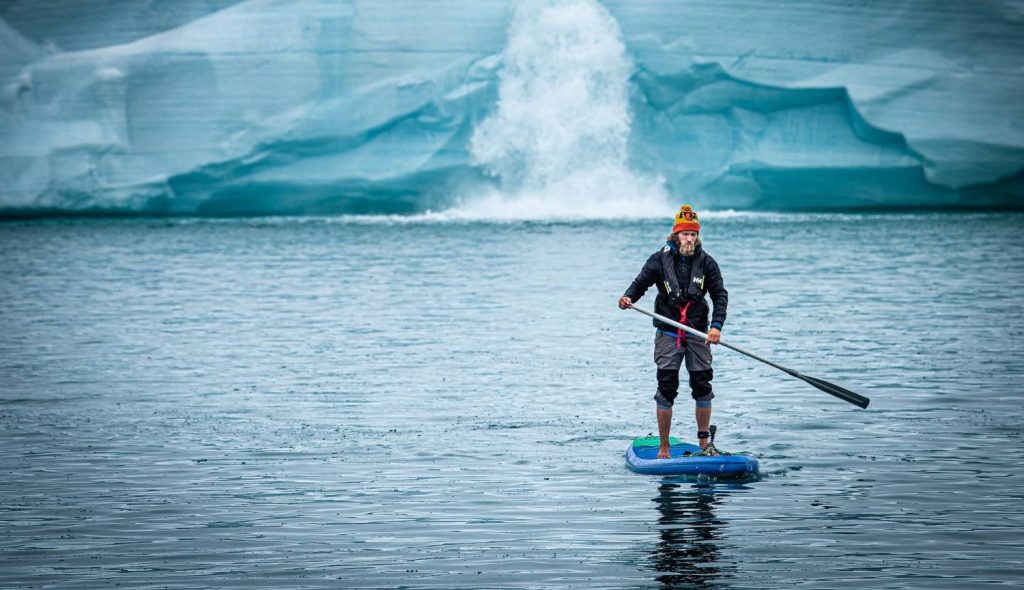 The amount of wildlife on Svalbard during the months of summer is simply staggering – a truly memorable experience for the adventurous traveller. But the overwhelming sense here is one of fragility – this is a land at the very coal-face of global warming – in these extreme latitudes, the rate of climate change is twice as fast as anywhere else on earth.

Simply being aware of this fact is no longer sufficient!

HOW TO PHOTOGRAPH WILDLIFE IN SVALBARD

During the months of summer, temperatures in Svalbard hover only slightly above freezing, but in winter they can dip well below -30°C. Here are a few tips for photography in sub-zero conditions:

“This is a land at the very coal-face of global warming – in these extreme latitudes, the rate of climate change is twice as fast as anywhere else on earth”

When the skiing season is about to end in mainland Norway, it’s at its best in the arctic archipelago of Svalbard!

SpaceX’s Starlink: Global maritime coverage will be possible by mid-2022

Elon Musk shared some good news for the maritime community this week - Starlink broadband satellite constellation will have global maritime coverage by mid-2022.

We look back at how James Bond has switched from gadget-filled motorboats to stylish classic sailing yachts.

In August 2019, professional photographer, Adrian and his son, Max, join us in Svalbard for a circumnavigation of Spitsbergen.