Two very different festivals, but both great in their own way; one on a remote island surrounded by stunning scenery, the other packed full to the brim with people just embracing the moment… which one is right for you?

Every year there are countless music festivals. One of the most popular festivals that everyone knows about is Glastonbury. Held in a muddy field on farmland in the South of England, Glastonbury has become a cultural phenomenon, where audiences flock from all over the world to attend.  In contrast, there’s Trænafestivalen. Held on a remote Norwegian island, the beauty of the location is one of the greatest draws; smaller, less known, but still a one of a kind experience. Let’s look at these two options and decide which could be the right choice for you. 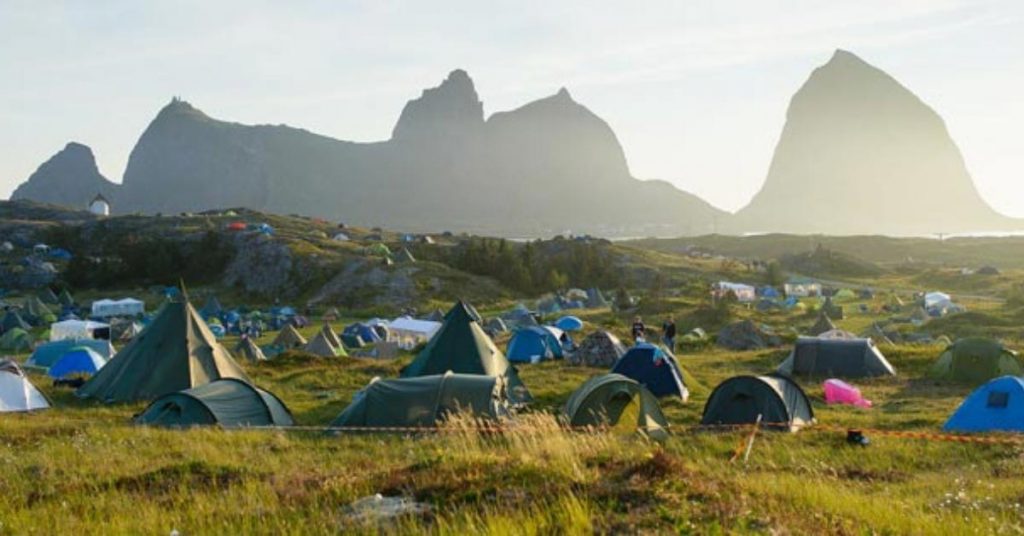 Described as one of the world’s most remote musical events, this festival takes place mainly on Jusoya. This is a small island, five hours from Bodø on the North coast of Norway. Due to being surrounded by water it reduces the long traffic jams that usually occur at festivals, as the majority of guests arrive by boat – or in our case by yacht as part of an offshore race – showing off the spectacular scenes of the island before stepping foot on the lush green grass. Acts can occur on various different islands including Sanna where it’s not uncommon for performances to occur in a cave.

The festival was created by Erlend Mogard Larsen with the first being organised in 2004. Although, festivals have been occurring here in some form since the late ’70s. The islands here hold a population of no more than 400 people and the festival certainly brings benefits to the local community. Young children earn money carrying the rucksacks of those attending the festivals while the islanders themselves help sell treats such as popcorn and liquorice. Indeed, some of the performers even spend their time working in the pubs.

As for the acts themselves, the festival has attracted a splendid variety of different performers. Damien Rice, reggae band Ponto de Equilibro and Richard Hawley are just some of the most notable performers. Many people travel to the festival without knowing any of the lineups and do so for the wide selection of activities, such as climbing, kayaking, yoga and many more. There’s also a three-day party as well as TraenaPride and a triathlon, so its impossible to be bored. There is also the opportunity to immerse yourself in the culture by trying local delicacies such as the infamous Hjemmebrent, which is a wickedly potent homebrew.

For those who have been to recent festivals and have noticed the litter and pollution left behind, Traenafestivalen has planned for that too: beach cleaning and the ocean litter lab are also available to take part in. This will help you meet new people, protect the environment, enjoy the beautiful views, and listen to some fabulous music.  Why not join us for the next festival at Traena? 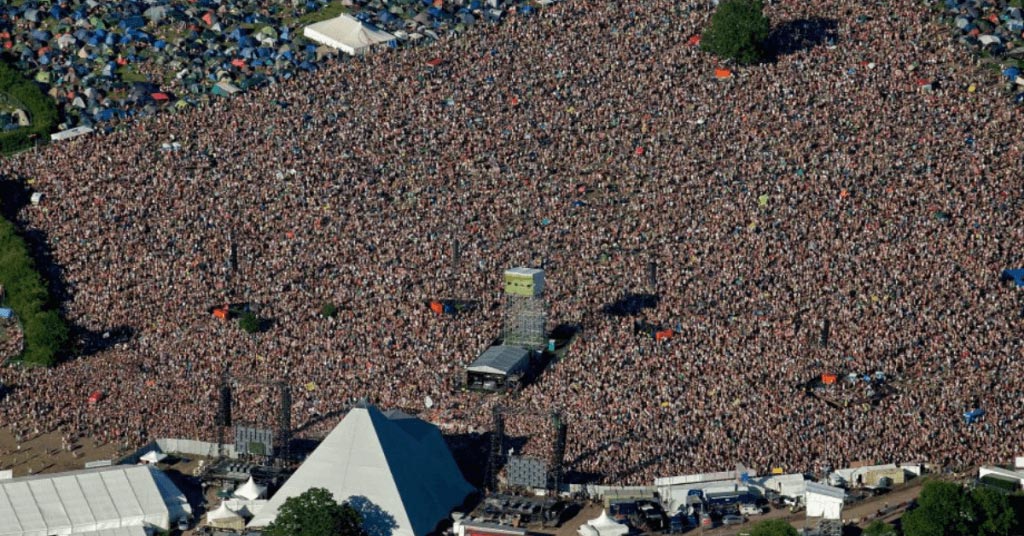 There are no natural visual treats at Glastonbury unless you are dazzled by the massive crowds. The festival has about 200,000 people annually. It has lead to the festival needing to grow and evolve, offering plenty of facilities and even an entire infrastructure. There are some impressive stages here, built with the latest technology for some dazzling light displays. Unfortunately, Glastonbury has been criticised for having a negative impact on the environment, due to the heavy level of pollution. However, recently, managers have taken steps to reduce issues here.

Over the years Glastonbury has seen virtually all major artists perform there from Kanye West to The Killers and even T Rex. In 2019 The Cure was one of the main headliners and the top twenty list includes everyone from Oasis to Adele. There is an incredibly wide selection of things to do at Glastonbury beyond enjoying the acts themselves. You can dive into a weird anti fairground, explore secret locations, join the world’s largest peace sign and roll up in your car to enjoy a vintage cinema experience.

So, which option is going to be the right choice for you? Well, if you’re looking for more than the typical musical festival, positioned in a picturesque paradise, Traenafestivalen could be a perfect choice. It still brings world-class performers and there is an incredible selection of activities to enjoy as well.

Picturesque paradise, with sailing and outdoor activities, or tightly packed crowds and lots of mud… what festival would you choose?

Are you a 'Fastnet Purest' or do you welcome the change of the new finish line? Find out more

How to fly a drone off a moving yacht

Looking for the best sweeping shot, or action-packed video to do your adventures justice? We have all the tips you need to work with a drone from a moving yacht.