Our resident risk-taker Oksy, an advocate of racing offshore and all things sailing, and a Risk Project Manager in the finance sector in London, shares her findings on this very common question…

One of the fears people face sailing is that the boat will sink when away from shore. Leaving aside that dodgy crewmate with a funny laugh and a drill making deliberate holes in the hull, or hitting an iceberg off Margate – there are few circumstances when your boat will develop a leak serious enough that it will not allow you ample time to escape. The wind and the waves, however, are a pre-requisite to sailing, and as the boat heels (leans over) going upwind. your mind wonders if it will turn over… I will try to provide an explanation of why this will probably never happen in simple terms using a combination of pidgin physics and simple stats.

Ships float in water for the same reason that your rubber duck floats in the bath: basic floatiness (also known as buoyancy, from Spanish boyar meaning “to float”). Here and further down I will stick to simple terms I can explain to my husband who has an arts degree. Things that are less dense float on things that are denser. Air bubbles rise to the surface, lead balloons sink in the air (but float on liquid mercury) and Baileys floats on Tia Maria in a B52 cocktail. Yachts made of carbon fibre or steel are full of thin air, their average density is less than water, so they float. With me so far?

To float upright a yacht must balance out several forces and the heaviest part will sink – think how a baby in inflatable armbands has his bottom underwater and his head on the surface. When the wind blows on sails, the yacht will move and heel. A monohull yacht will have lead weights attached to the keel (sometimes up to 1/3 of total yacht weight) to balance out the sails and ensure that even when heeled, it will right itself up like a roly-poly children’s toy where the wind plays a part of a child’s hand pushing the toy down.

I am being very cavalier with a lot of physics here, but I feel those are reasonable approximations for the digital age. 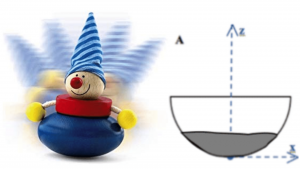 An important conclusion from everything said above is that all modern monohull sailing yachts will not capsize even when the top of the mast is 2-3 (sometimes more) meters underwater and will right themselves up in minutes if turned upside down. To make a monohull yacht more stable in adverse conditions you can reduce the sail area.

This concludes pidgin physics for monohulls and opens up the floor for simple stats. According to statista.com in 2017, there were 160,000 small sailing boats and 60,000 yachts (220 thousand in total) registered in UK – this is roughly 1 in 5 of all sailing vessels that includes kayaks and motorboats. In the same year, nearly 5 million Brits took to the water – assuming that 1 in 5 of them used a sailing vessel this leaves a million sailors. Roughly. I will assume that those figures are approximately the same every year going forward.

Records available on Marine Incident Investigation Branch (MAIB) since 1997 show that there were 6 monohull yacht capsizes that sadly resulted in deaths of 12 people in 22 years. Two of those were a direct result of keel failure (5 fatalities), two yachts have been modified by owners to upset the roly-poly stability (4 fatalities), one was a capsize due to adverse weather (1 fatality, 10 survivors) and one was a genuine accidental capsize during a dinghy race when both crew became tangled in the rigging.

Cold-hearted statistics will tell you that if you check that your keel is securely attached to your boat (now a mandatory requirement), don’t destabilise your yacht by fitting oversized sails or removing the ballast, and don’t go sailing in particularly bad weather – your chance of capsizing is 1 in 22 million. It is worth mentioning that your chance of being hit by lightning on a golf course is 1 in a million. Feeling safer?

What about multihulls? Multihulls float by the same principle as monohulls, but stay upright and counterbalance the wind because of the stability of their large flat hulls. Think about a free-standing flag base, not a roly-poly. Cruising catamarans are roughly twice as long as they are wide and this flat base keeps them upright and steady, so they do not heel in the wind and can sail faster than heavier monohulls (remember those lead weights attached to their bottoms).

Are they safer? They are certainly steadier, but if inverted, they will continue to be just as steady upside down. There are no cruising multihull capsizes on record in MAIB UK database – although there have been a number of reported incidents – including one in the Solent where a cat flipped in bad weather at night and an entire crew had to sit it out on the upturned hull until 1st light when they were noticed and rescued. No fatalities, just some cold sailors, and a reminder not to leave all mobiles below deck. However, none of these were serious enough to be investigated by MAIB. Outside of the UK, Google found two prominent incidents in Australia: one in 2013 when a 72-foot Americas Cup racing cat capsized during training killing a British sailor and another one in July 2019 when a family cat turned over in bad weather conditions killing 2 of the 4 crew. Worth pointing out that both survivors were found holding over to the overturned cat, as it retained its floatiness.

Which brings me to an important difference between cruising and racing cats – the need for speed.

Racing multihulls take all advantages of the physics of a lighter yacht with bigger sails and produce carbon fibre creations that can fly on one side at over 46 mph (40 knots). Just like Formula 1 cars those require superior technical skills to keep upright, as they can (and very often do) capsize. Because of training and skill, casualties are extremely rare (just like in F1 racing), but they do happen.

Cruising cats are designed to be steady (and reducing sail area in high winds will make them steadier still), they can be practically unsinkable even when inverted, and are genuinely easier to handle than monohulls.

As a summary, ships flip upside down when wind presses on the sails with more power than a heavy roly-poly base (monohulls) or steady flat base (multihulls) can handle, and when a monohull capsizes its design will help it right itself up, but flipped cat will stay that way until help arrives. Statistically, both occurrences are extremely rare. If you follow general and common sense sailing rules of checking the weather before you sail, making sure your boat is in good condition and you know what to do in an emergency – happy sailing!

The important difference between cruising and racing cats – need for speed.

The compass used by Sir Robin Knox-Johnston has been handed into a museum after being stolen in 1969 from his 32ft Bermudan ketch, Suhaili

A group of 25 Dutch high school students with very little sailing experience were greeted in their home country after COVID-19 restrictions force them to ditch their flights and sail home.