The Secret Gems of Croatia

We’ll take you on the Croatian trip of your dreams, view the itinerary and learn more about the locations you will visit

Experience arguably the most beautiful part of Croatia, as you spend your week sailing, swimming, and exploring after setting sail from Šibenik on your next yacht charter.

On day one you will familiarise yourself with the city of Šibenik. Explore the oldest Croatian coastal town on the Adriatic, with its rich historical and cultural heritage. The scenic medieval town is surrounded by four fortresses and is home to many old churches and charming narrow stone streets.  Situated between the Krka River and the Adriatic, Šibenik offers access to some of Croatia’s greatest natural attractions by land and sea: the waterfalls and lakes of Krka National Park and the islets and reefs of the Kornati archipelago.

You start your trip by sailing around the unspoilt Šibenik archipelago and visiting the beautiful island of Kaprije. This Sparsely populated island known for its olive cultivation features a quaint village of the same name with several restaurants and cafes. It is a car-free zone, so be ready to explore this secluded jewel, on foot. 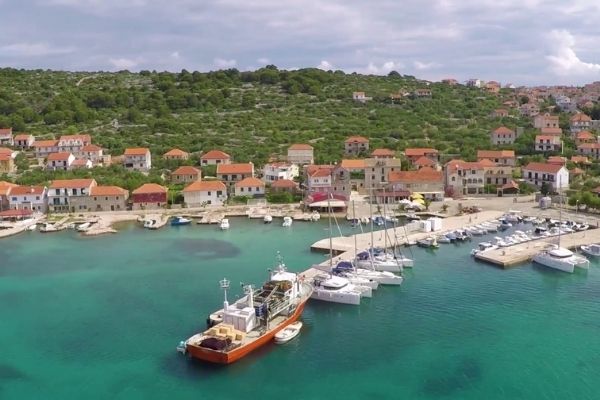 Day three is a treat for nature lovers as you will encounter one of Croatia’s eight stunning national parks. The Kornati National Park is an archipelago just off the Dalmatian Coast often referred to as “nautical paradise”.  It offers a rugged landscape and breezy beaches with sparkling waters. Sailing through the 89 unforgettable islands, islets and reefs in the Kornati National Park, you will test all of your nautical skills. 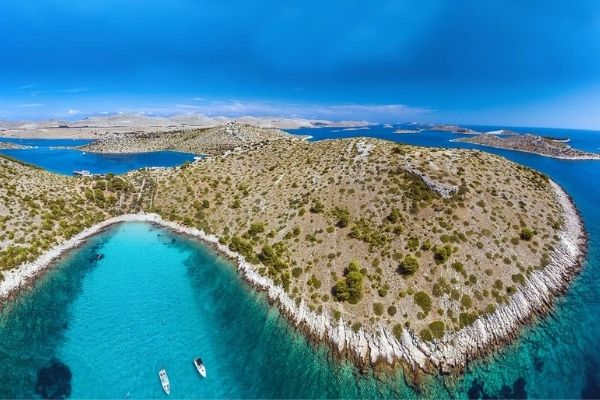 On day four you will sail on from From Ravni Zakan, to the charming island of Katina. An uninhabited Croatian island in the Adriatic Sea located between Dugi Otok to the north and Kornat to the south. Katina is separated from Dugi Otok by the 100 metres (330 ft) wide and barely 2 metres (6 ft 7 in) deep Mala Proversa channel. On the south side of the island is the Vela Proversa channel, about 500 metres (1,600 ft) wide and suitable for navigation, which separates Katina from Kornat. It is a part of the nature park Telašćica. 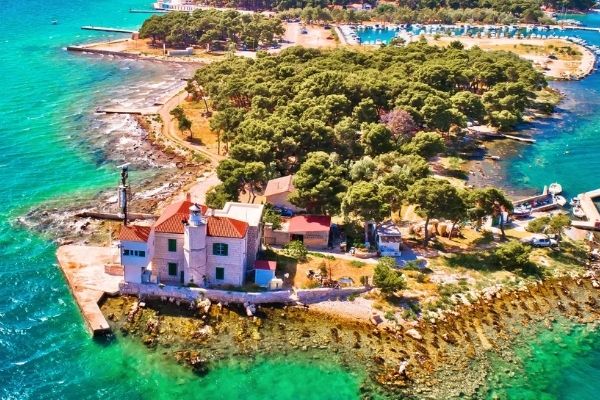 Now it’s time to make your way to  Murter, a small island located in Sibenik-Knin County, about 34km up the coast fro. ™  Šibenik the largest town on the island is also called Murter and is located at the north-western tip; close by is the town of Betina. Perhaps the best-known town is Tisno, which is home to The Garden Tisno and many of the Croatian that takes place each summer. 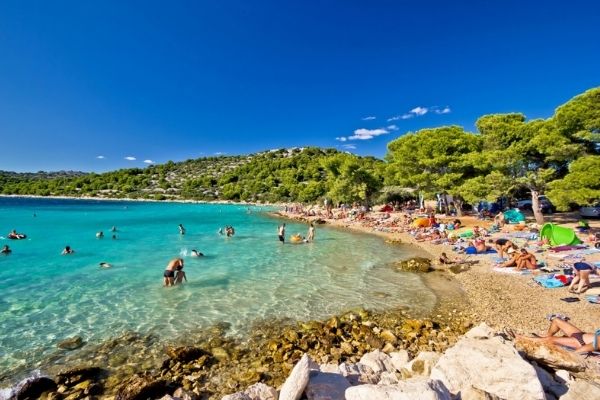 After Murter, travel towards the world-famous Krka National Park. Head inland through a winding network of inland waterways until you arrive at a place called Skradin, which is the furthest you can travel inland by yacht. Krka National Park is situated along the Krka River in southern Croatia. It’s known for a series of 7 waterfalls. In the south, Skradinski Buk waterfall is flanked by traditional watermills. To the north, a nature trail passes another striking cascade, Roški Slap, and the Krka Monastery, built above ancient Roman catacombs. Visovac Island is home to the 15th-century Franciscan Monastery of Our Lady of Mercy. 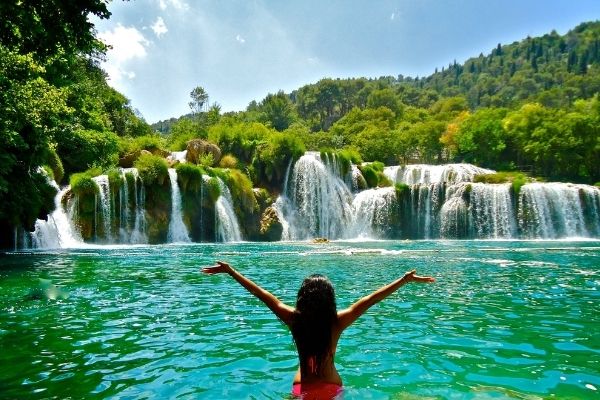 If you want to beat the crowds, return to Krka Falls early in the morning, then sail downstream to Šibenik. After a short sail through St Anthony’s canal, you’ll emerge back into the stunning Bay of Šibenik, which offers a final view of the Šibenik archipelago and offers a prime location for your last day of boating in Croatia.

How to get to ŠIBENIK