In the early hour of 5th July, VO70 Hypr crossed the Gotland Runt Offshore Race finish line in Stockholm to take line honours – however, it was not an easy race. TP52 Outsider from Kieler Yacht Club were on their tail for the majority of Sweden’s premier offshore race. In the light airs overnight the TP52 managed to slip past the VO70 skippered by Jens Linder. As the sun rose and the breeze built, Hypr were able to power back into the lead and cross the line to top the podium.

Congratulations to all of the professional and guest crew on board. 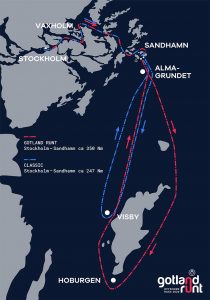 Every year, thousands of sailors from around the world compete in the Gotland Runt Offshore Race, the world’s largest offshore yacht race. The course, first sailed in 1937, is about 350 Nm and starting in the centre of Stockholm, yachts meander through the stunning Stockholm archipelago, before heading around Gotland to finish at Sandhamn.

Unusual Places to Sail in 2022

We all have our favourite places to sail, but with 71% of the world being water, it’d be a shame to not break away from our comfort zone and explore somewhere a bit different.

Looking for an escape from the intruding relatives, and those mushy brussel sprouts this Christmas. Check out our favourite winter sailing destinations, and discover a new kind of Christmas.

Advancing equality in high-performance sailing - one event at a time