By our travel expert MIKE

The sailing season in Croatia runs from May to September and is characterised by a warm and sunny climate with hardly any tidal range and rarely strong currents (save in river mouths). The occasional thunderstorm does roll-in, agitating the sea state – the best source for forecasts is Croatia’s Meteorological and Hydrological Site.

You can rely on decent winds in Croatia year-round, in summer, the thermic, North-westerly Maestral prevails with a cool, constant soft to medium force – though it can become stronger in narrow passes like Brač channel (we’ll get back to that later). The notorious, and rightly so, NE Bura wind, while less common in summer months, should still be respected, as its gusts can catch sailors unaware and unprepared. Rarely, in late summer Jugo winds can bring overcast weather, and with it uncharacteristically grumpy Croatians (To ti je jugo…). Croatia’s many islands can guarantee shelter no matter what the conditions are though, provided you plan ahead (or listen to your skipper’s advice).

Croatia also benefits from being within easy reach of most of Europe and boasts the best charter fleets and sailing facilities the Med has to offer. So much choice spread out over a particularly long coastline leaves sailors with a Dilemma, though – how to fit the greatest hits into a one-week sailing charter?

I’ve sailed pretty extensively up and down Croatia’s coastline and can tell you that the simple answer is: you can’t. What you can do though, is discover a specific cruising ground that is the perfect match for your crew. So, having spent the better part of a season here recently, training to be a flotilla skipper, I have some great inside knowledge of not just the greatest hits – but also the hidden gems that Croatia has to offer. Here, I’m going to share those with you, while separating them into cruising grounds suited for certain sailors – so read on and take notes – let’s dive in.

Upon arriving in Croatia, one of the most striking qualities you will find is the richness of the history and culture on show here. Of course, many European countries have a wealth of historical and cultural sites frequented by tourists. Croatia is unique in that, nowhere else do ancient ruins seem quite as ubiquitous, and understated. Furthermore, with the arrival of tourism being later to Croatia than in many other Mediterranean countries, much of the authentic appeal of traditional Balkan living is preserved – particularly on certain islands. You will find yourself idly enjoying watching pensioners trade gossip in the street, sip coffee outside a Konoba (a traditional stone-built Croatian restaurant) and banter with fishermen as they haul in their catch. That last is another major draw for foodies, the quality of produce in Croatia is fantastic. Most towns and villages have almost daily markets where fresh fruit, vegetables, meat, and (of course) fish are traded. Local restaurants and Konobas are thus well stocked to deliver delicious, authentic cuisine. If this sounds like what you’re hoping to savour during your week of exploring Croatia – here’s my recommendation:

The northern province of Croatia, Istria, offers an interesting blend of Italian/Venetian and Balkan culture, a fascinating history, as well as some of the best dining experiences the country has to offer. Most charter yachts in this region are stationed in Pula and Pomer (just to the south of Pula).

This town, as well as Vrsar, host to stunning examples of Venetian architecture and monuments. Rovinj is also home to many great art galleries and strolling up Grisia (the street of artists) you can review the work of many local artists. It’s even been likened to St Tropez – without crowds of tourists.

This 1st Century amphitheatre is one of the finest remaining examples of its type in the world, being more or less completely preserved. In June you can attend the Spectacvla Anticva – A recreation of the gladiatorial combat it was built to host. The arena also provides a fantastic backdrop for the Film Festival and many concerts throughout the year.

Venturing out into the Gulf of Kvarner (the body that separates the Istrian Peninsula from mainland Croatia), you will find many interesting sights. Osor on the Island Cres to the south, for instance, is an old, important Roman trading post and even features an early Roman channel built to navigate through the island.

This beautiful old coastal town in the northern corner of the Gulf is something of a hidden gem. Its roots as a resort town for rich 19th Century aristocrats make for some stunning period architecture and a history of delivering some of the finest cuisines in Croatia. That heritage is very much on show to this day as it boasts the finest top-range restaurants in the region as well as a calendar full of opera, theatre, concerts and dancing events in opulent venues.

For the Adrenaline-seeking adventurer

But it’s not all archaeological sites and black cuttlefish risotto on pontoon side Konobas. With limestone cliffs, reliable winds, and excellent nightlife – Croatia’s coastline is also a 600km long playground for those of us with a taste for adrenaline and excitement… If this sounds like you, I have some tantalizing recommendations, serviced best by one cruising ground:

Split, nestled in the centre of the Dalmatian coast, is easily Croatia’s most popular region to embark from. This is primarily due to some of Croatia’s most popular islands being within very easy reach. With short passages between these islands, you can be sampling local wine in a vineyard on Vis by day and sitting down for dinner at the ever-popular Laganini Lounge, in the Pakleni Islands, for seafood and drinks in the evening. These short passages allow for a leisurely itinerary of enjoying each island’s unique offering – or – for packing in some adrenaline-fuelled fun:

First up, in Bol – on the south coast of the island Brač – you will find one of the best Wind & Kitesurfing destinations in Europe. As a beginner, you will be best heading to the beach in the morning where the light, easterly Levant provides more forgiving conditions. By mid-afternoon, the famous thermic Maestral wind has built up and presents both advanced and the pros alike with perfect conditions to test their abilities.

Dalmatia’s craggy coastline is a cliff diver’s dream. With sheer precipices and often deep surrounding water, cruisers with an eye for a dive will be spoilt for choice. Some of the best cliff jumping spots in Croatia are very close to split, I recommend checking out:

Hand-in-hand with cliff diving in Croatia are fantastic climbing opportunities. The pitted and cavernous qualities of limestone make for brilliant, if often sharp, climbing holds. You can test yourself on these local rocks first by bouldering around Ježinac, where a fall into deep water makes for a unique gym (just remember suitable footwear, the rocks are razor sharp where they meet the water). If you’re feeling more confident the interior of Marjan park then offers some superb rock climbing, with more than 80 routes to test yourself on.

Rafting, Canyoning (and pirates) in

One of the best locations for adventure sports in Croatia is the Cetina Canyon, itself reachable via the Dalmatian Trail, or the river, in Omiš. With countless waterfalls, lush surroundings, deep green pools, and some healthy rapids – it’s canyoning, rafting and kayaking paradise. Local operators can provide half-day or full-day experiences out of Omiš – which itself is famous as the pirate cove-stronghold of the Adriatic. These fearsome pirates were renowned and feared even by the Venetians and you can watch a re-enactment of their battles every year on the 18th of August.

To cap off all this excitement, you’ll likely fancy a good drink in a vibrant atmosphere. For this, Hvar takes a lot of beating. During the summer months, Hvar town becomes a beacon for people looking for a good time, at night-time. Many of the large flotilla and fleet sailing operators stop here to let loose their bottle-swigging crews and the town hosts numerous events, bars, clubs, and beach parties – so a weekend here is guaranteed to be a blast. My advice is to head out to the Pakleni islands and Palmižana for dinner and sundowners (see Laganini and Bacchus) before either a beach party or heading back to Hvar town. For the town itself, forgo the huge queues and prices at Carpe Diem and head to Kiva Bar, be warned though, it gets busy – and rowdy.

For the natural world lovers

If that all sounds a little too involved and raucous, and you’d rather spend your charter holiday relaxing and enjoying the serenity of unspoiled nature – well, I have just the cruising ground for you too, my tranquil friend.

A little north of Split and Trogir you will find Zadar – which is perfectly situated to reach two of the Dalmatian Coast’s most impressive natural wonders. While cruisers can reach these sites sailing out of Split, sailing out of Zadar cuts a lot of passage time out and allows you to spend much more time exploring and relaxing in these wonderful locations (and even visit them both inside a week!).

Sailing up the Krka River towards the National Park, you will reach Skradin, where you will moor for your visit to the main site; Skardinski Buk. The town of Skradin itself is a lovely fairytale-esque town and makes for an enchanting place to spend the evening and morning outside your visit to the park.

As for the park itself, it’s easy to see why Krka and Plitvice are often hailed as some of the finest National Parks in all of Europe. With hundreds of staggering waterfalls cascading into a network of turquoise pools, and the backdrop of thick, lush forest – these parks truly are natural wonders. Abundant local wildlife of fish, birds, reptiles and amphibians also means you’re bound to have some interesting encounters while meandering your way around the park. If you would like to spend further time at Krka, heading upriver, towards Roški Slap presents some incredible wetlands with great wildlife and a lone monastery on the tiny island of Visovac.

Immediately adjacent to Zadar, and why this home port is excellent for a nature-lover, is the Kornati Archipelago National Park. Here, you will find over a hundred gorgeous islands, islets, and reefs. Obviously, this presents sailors with a nautical paradise – whether that means slaloming between islands or leisurely spending the day at anchor, exploring via your tender or SUP and reading from a deserted beach – is up to you. On that, I recommend using the new environmentally friendly anchorages that protect the seabed and help preserve Posidonia, a sea flower endemic to the Mediterranean, meadows of which shelter marine organisms and are vital to the oxygenation of the water. Oh, and take snorkelling gear.

A week spent exploring and relaxing in these pristine natural environments, using your yacht as a base, is precisely the antidote many of us need to the hustle and bustle of everyday life – and is bound to scratch that itch of needing to escape into the wild.

I hope this has shown that, no matter what your preferences are, Croatia has a sailing ground that will offer you an unforgettable experience. If you would like to begin planning your adventure under sail in Croatia, please get in touch with me and I can direct you towards the perfect yacht and itinerary. 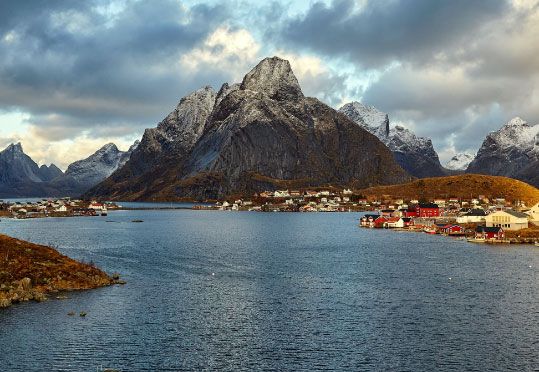 Sail the arctic coastline and islands for a unique experience of Norway’s raw, dramatic natural beauty. 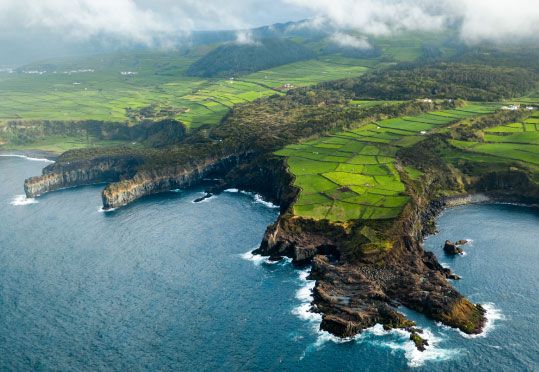 The Azores are nine exquisite islands that form a natural archipelago with bountiful offers for inquisitive explorers. 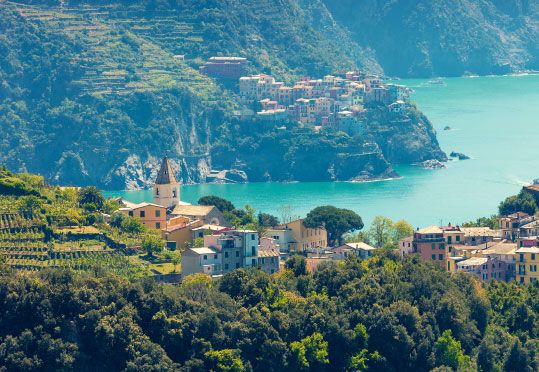 Italy is a vibrant hub of culture with enchanting vistas. Explore the cobbled streets, medieval villages, and picturesque bays.